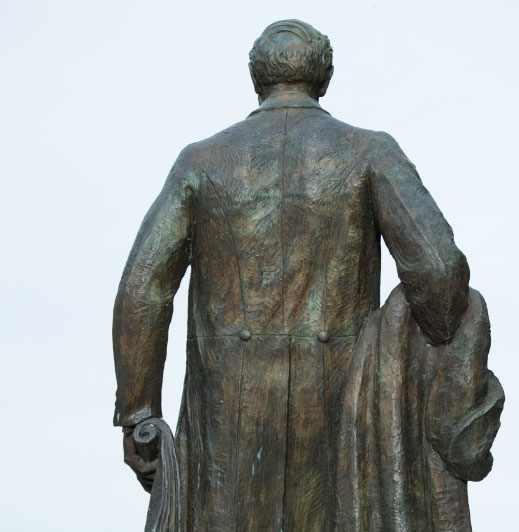 WSU was founded in Ogden, Utah as Weber Stake Academy in 1889.
“Weber” comes from the name of the county where the university is located, which was named after John Henry Weber, an early American fur trapper.

In 1933, the academy was made a state junior college. Following World War II, the college outgrew its downtown campus and moved to the present site on the foothills of the Wasatch Mountains overlooking Ogden and the Great Salt Lake.

The story of how Weber State University chose its mascot is surrounded in a bit of mystery.

There was never an official declaration naming the wildcat as the school's mascot, and prior to the mid-1920s, there was never a documented reference to the Weber Wildcats.

WSU Athletic Hall of Fame football player Wallace F. (Wally) Morris, who played for Coach Merlon Stevenson in the 1920s, told his children that one day during a tough, hard practice, one of the other players said he played like a pussycat. Hearing the remark, Stewart "Monk" Holliday, the team captain, looked up and yelled back, "He's no pussy-cat, he's a wildcat!" From that day on Wally Morris was known only as "Wildcat" Morris. 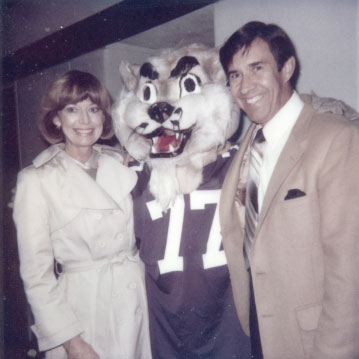 During that time, Weber College (later WSU) athletic teams were referred to as "Weberites." As the football team continued to refer to "Wildcat" Morris, Al Warden, a sportswriter for the local newspaper, wrote in an article that the Weber College football players were as "scrappy as a bunch of wildcats," and the name stuck from that time on.

Weber College President Aaron Tracy was opposed to the name. Tracy was a man of high morals, and records indicate he didn't think the students should be likened to a bunch of wildcats. He thought the name was demeaning. Tracy wondered why they didn't come up with a more noble symbol—like a lion.

Bobcats, or bob-tailed cats, were sometimes called wildcats. The short-tailed cats from the lynx family are native to the Wasatch Mountains and drew fur trappers to the area before the Mormon pioneers arrived. The alliteration of "Weber Wildcats" and "Waldo the Wildcat" flowed easily off the tongue.

For many years, the students kept a live wildcat to display at football games. The animal, unhappy at being kept in a cage, ended its career as a mascot when it bit a cheerleader named Judy Freeman on the nose.

The mascot has evolved over the years and is now represented in a logo used to represent the aggressive spirit of our intercollegiate sports teams, both men's and women's. The wildcat is used on uniforms, signage, athletics stationery, publications and promotions.